Maybe there’s no bigger reason you need for getting together for a night of gaming beyond the simple fact that it’s fun.

Catherine, a 17-year-old student at Galileo Academy, and an outstanding Juma cart lead at AT&T Park, who is interested in pursuing a career in public health, said games are a great way to reboot: “Like when you’re having a bad day and you just need some laughs.”

A recent youth Juma Leadership Council Game Night, held in mid-April at the Juma San Francisco office, drew Juma staff and SF Bay Area youth. The board games were piled high, boxes with unfamiliar names, like, “What Do You Meme?” and “One Night Ultimate Werewolf,” where players assume roles and then try to figure out who, among the other players, are villagers and who are werewolves.

Luis Perez, Juma’s outgoing IT/Office Manager, who’d popped in for a quick game, said he’d always liked checkers and Monopoly. “My greedy side comes out,” he chuckled, referring to the classic game about buying and trading properties, for which he said he liked to choose the car/roadster as his go-to game piece.

Mandy Lew, a Youth Development Coordinator (YDC), preferred video games, though she described her favorite— Mario Party for the Nintendo Wii—as “like a board game on a video screen.”

Randy Flores, another SF YDC, said he’s always been more of a video game fan. He collected aluminum cans for three to four months when he was a tween in order to save up for a Play Station 2. His favorite game on the console? Tekken, a fighting game based on a clan of fighters cursed by a family “devil gene.” The first time he sat down to play on the console he’d bought with his own money from months of hard work? “Amazing,” he said, smiling.

These days he played “The Least of Us,” an RPG (or, Role Playing Game) about trying to survive the apocalypse and facing hard choices of saving friends or the rest of humanity.

As rapper J. Cole played overhead from a playlist, and the spicy scent of pepperoni pizza from Chico’s drifted through the air, some Juma youth played Overcooked, a game that was part reality cooking show and part monster movie with a King Kong-size hungry meatball. Another handful of youth played Jenga, a game of wood blocks for the steadiest of hands.

Evelyn, an 18-year old currently attending City Arts and Tech in San Francisco, and a former cart lead at AT&T Park, said she recently played Giant Jenga (she estimated the blocks to be about the size of her laptop computer) while camping with her family. They also played Uno, the card game, where the cards were the size of notebook paper. Asked why everything was so big, she shrugged, “I dunno. My family’s weird.”

18-year-old Shemar, who worked as a Juma vendor for a short time before landing internships at Salesforce and BLING (Building Leaders In Innovative New Giving), a program of the San Francisco Youth Leadership Institute, and is a Class of 2017 Juma alum, insisted he’s not that into games—“I was a TV kid and watched all the shows.” He listed his favorite cartoons, like, Scooby-Doo—never mind the tight grip he had on the video game controls as he played Overcooked and then raced another few laps on Mario Kart. 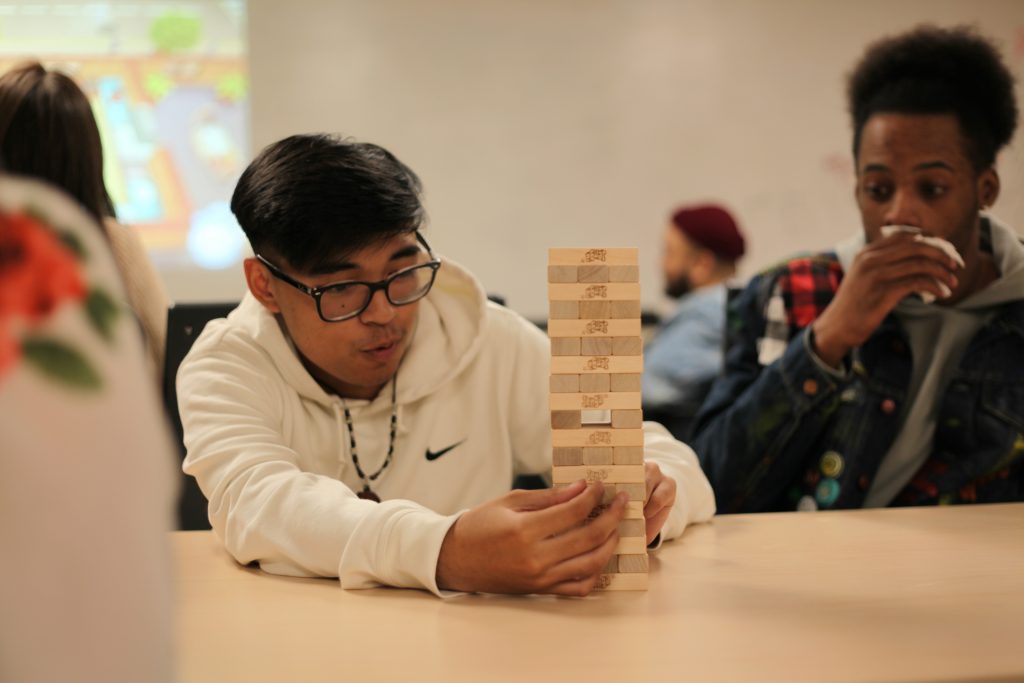 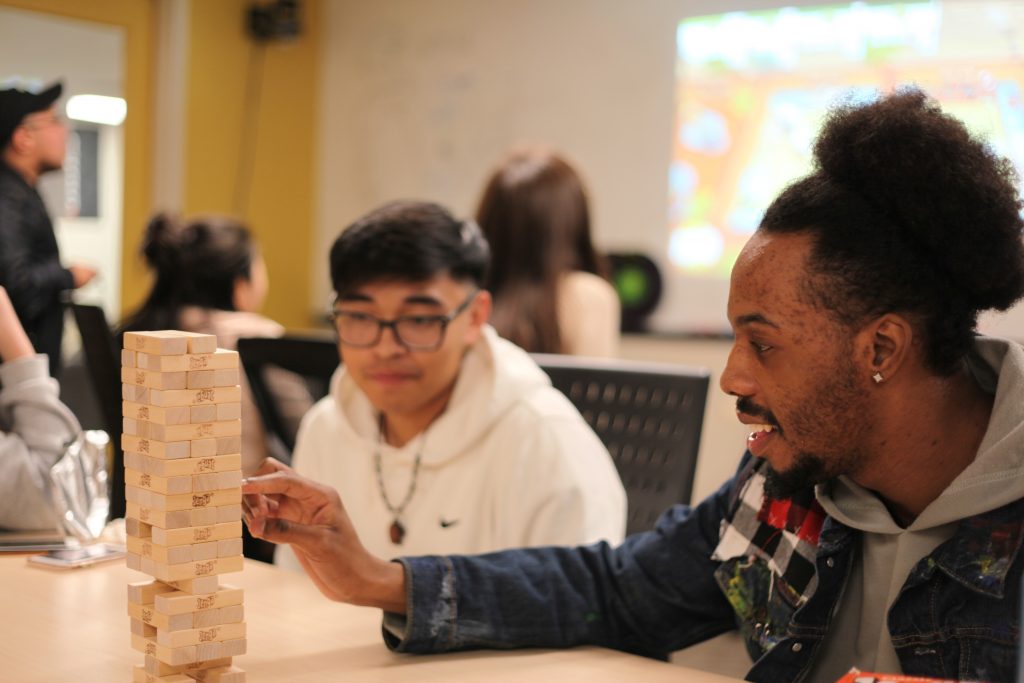 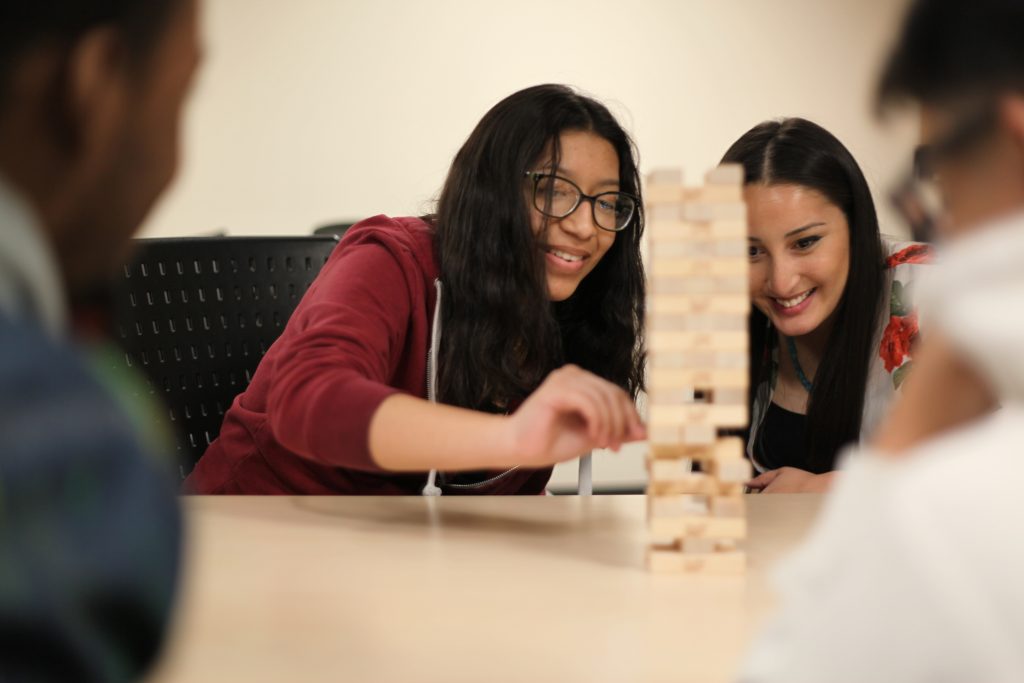 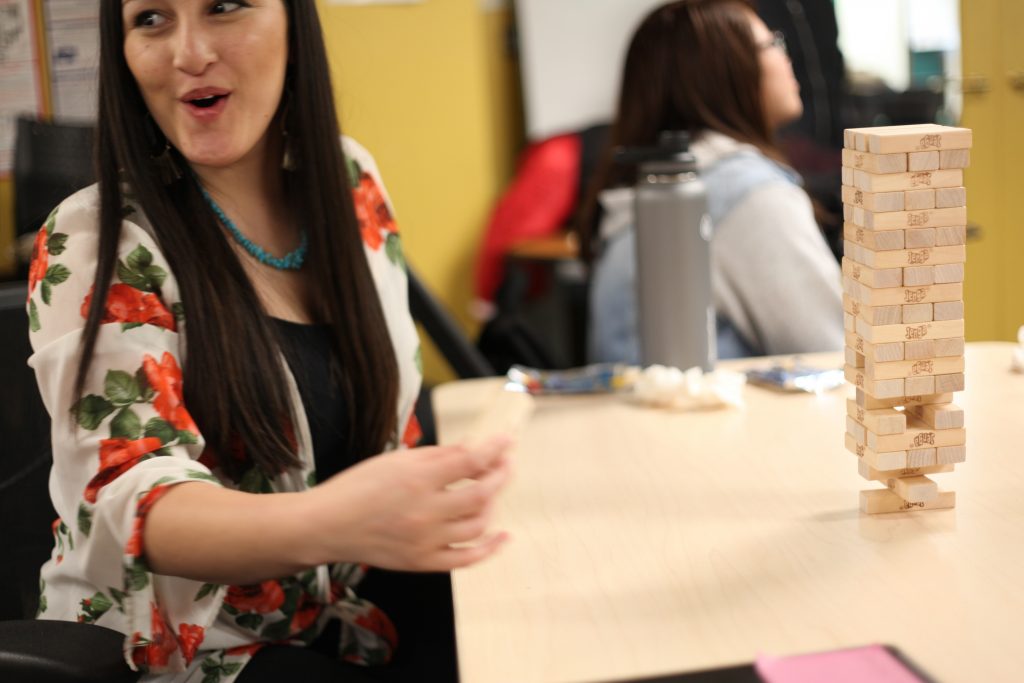