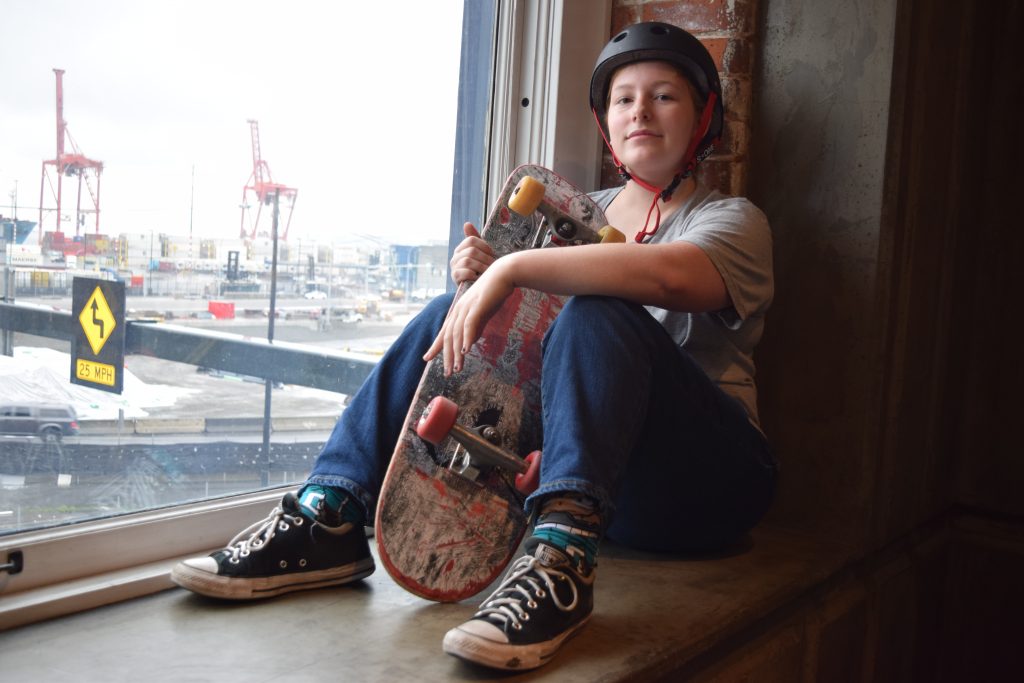 Growing up in the foster care system presents many challenges for young people like Connor. “When you’re in the system, it’s important to have a job because when you’re eighteen you need to be ready to work and have experience.”

Connor started his senior year of high school not knowing how he would pay for his cap and gown. He also knew that finding work without a resume or any interview skills would be hard. But then an advocate told him about Juma.

“I knew I had found somewhere special when I walked in because the Juma office was laid back and the staff were wearing outfits like mine, jeans and a t-shirt. William, a Career Coach, introduced himself and told me not to worry because we’d just be talking about my hopes and goals.”

Working at Juma has helped Connor find stability. “It’s been so great to have a workplace that provides transportation help and is super flexible.” He tells the story of a friend in another foster home who had to leave three separate jobs when she was moved to new temporary housing by the state. “I like how at Juma, even when there are no games to work at the ballpark, there’s workshops and things I can come to so I’m always connected.”

Another challenge Connor has faced in the foster care system stems from the system’s outdated understanding of gender identity. Connor is a transgender male but because of the limitations of the foster care system, he is identified in official records as female and must use his former name when talking to social workers. He also lives in an all female house for his own safety. “I was kicked out of my first foster home when I came out as pansexual. It’s been very hard, but Juma has inspired me to communicate more about my experiences. I hope to be an inspiration for people facing similar challenges.”

At Juma, Connor has also learned skills in money management which have allowed him to start saving for long term goals like visiting his brother in Texas. “I hope that when I finish Juma I’ll have saved enough money to move into my own apartment and create a safe space where I can just be myself.”

Through connections at Juma, Connor was also able to begin an internship with an organization called Skate Like a Girl–a nonprofit who seeks to empower young people and promote social justice through skateboarding. “I love being able to tell my friends I’m a skateboard instructor”, Connor says. “It’s also great that their staff is really diverse and inclusive and I can be myself there.”

Discussing his time at Skate Like a Girl, Connor shares the story of working with a woman in the introduction to skateboarding class and finding out that she was considering becoming a foster parent. “I was able to share my story about being in the foster system and tell her how much it would mean to people like me for her to become a foster caregiver. It was a really cool experience.”

Next year, Connor hopes to attend college where he will continue honing his communication skills as a Theatre Major. He aspires to become a voice actor and to continue his advocacy for representation and awareness for the transgender and foster youth communities. Connor is proof that many young people can succeed, regardless of incredibly challenging circumstances, if they are just given the opportunity and support to thrive.

Will you join Juma in supporting young people? This holiday season, help Juma build a bridge to opportunity so that more young people like Connor can access the resources they need to fulfill their true potential.